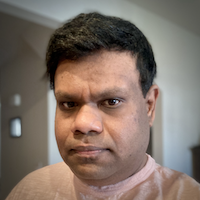 I am a toxicologist with a research background in predictive toxicology, neuroscience, structural biology, and epidemiology. My research interests lie in applying the multi-disciplinary techniques to understand and identify the key steps and molecular initiating events that drive adverse biological outcomes following xenobiotic exposure.

Ingalls Mall at the University of Michigan, Ann Arbor. The Burton Memorial Tower is seen in the center.

I earned my PhD in Toxicology from the University of Michigan where I studied the interactions between organophosphorus compounds and the neuronal integral membrane protein neuropathy target esterase (NTE). NTE is a lysophospholipase that is thought to be the cellular target for certain classes of organophosphorus (OP) compounds that can cause a delayed axonopathy. This condition, termed OP compound-induced delayed toxicity (OPIDN) can result in permanent paralysis and a key feature of this affliction is the 7-14 day delay between exposure and the onset of symptoms. Currently, very little is known about the structure of NTE and the mechanism whereby interactions between neuropathic OP compounds and NTE initiate the cascade of events that result in OPIDN. To this end, I have used the plant-homologue of NTE (a protein called patatin found in the tubers of potatoes and related species) to study changes in its [patatin's] tertiary structure following interactions with OP compounds.

My prior research has focused on the role of periaqueductal grey region of the brain in learning and memory as well as the association between Type-2 diabetes mellitus and neurological markers of cognitive decline in a population of elderly Hispanic residents living in the Sacramento area. During the course of my undergraduate studies, I was involved in a set of research projects at the University of Michigan School of Dentistry, where we investigated the efficacy of condylotomy versus diskectomy in treating disorders of the temperomandibular joint (TMJ), the use of scalpel versus electrosurgery techniques in performing incisions during TMJ surgery as well as research into the prevalence of tinnitus in patents who have TMJ disorders.

My areas of expertise

Crystal structures I have solved